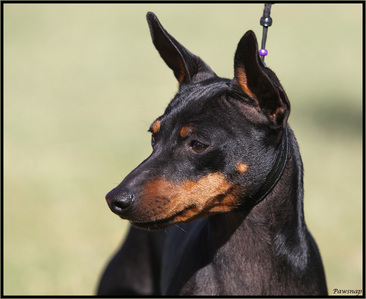 Aust Ch Sasndash Black Douglas x Aust Ch Sasndash Diannaross
Our beautiful girl,Jewel, has been a delight to own and show .She is a wonderful example of the English Toy Terrier with a beautiful head,almond shaped eyes,superb topline,conformation and movement.
She has has had a stellar show career with Best in Show at the Qld Toy dog show ,Runner up Best in show All breeds,Winner of the intermediate sweepstakes Brisbane Royal  as well as multiple Best in Groups and Runner up in Groups and Class in Show
Jewel has also been very successful in junior handler and Emily and Jewel have combined for a number of wins.
Jewel's new love is Lurecoursing where she was a Top Ten finalist at the Warwick cup over whippets,saluki,greyhounds etc at only her 1st trial in Lurecoursing.Jewel is retired from the showring and proudly represented by her daughter A.Sass n Bise,a group and runner up in group winner and 2 granddaugters Peggy and Rose who are both class in show winners 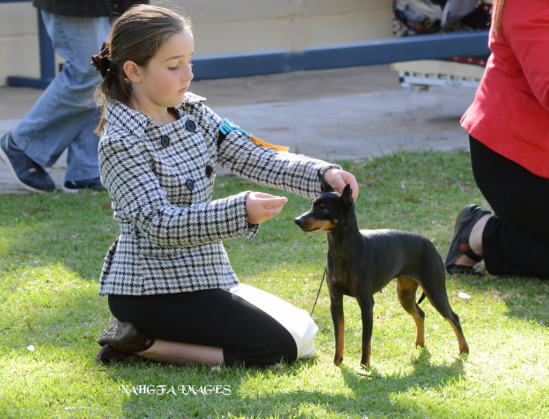 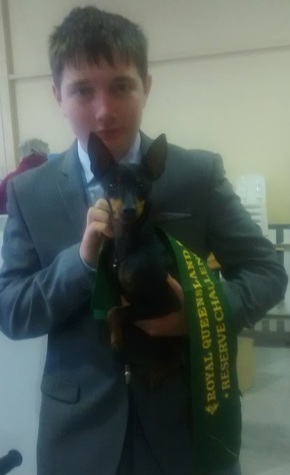 Mercedes is a beautiful young bitch who is a daughter of Jewel by Bolt Lightning.She has won many  best of Breeds,was Reserve challenge at Brisbane royal at only 7 months,also reserve Challenge bitch Sydney Royal 2018,the only time she has competed and her first show in almost 2 years,she is back in retirement and the dam of Peggy and Rose,2 of the current show team 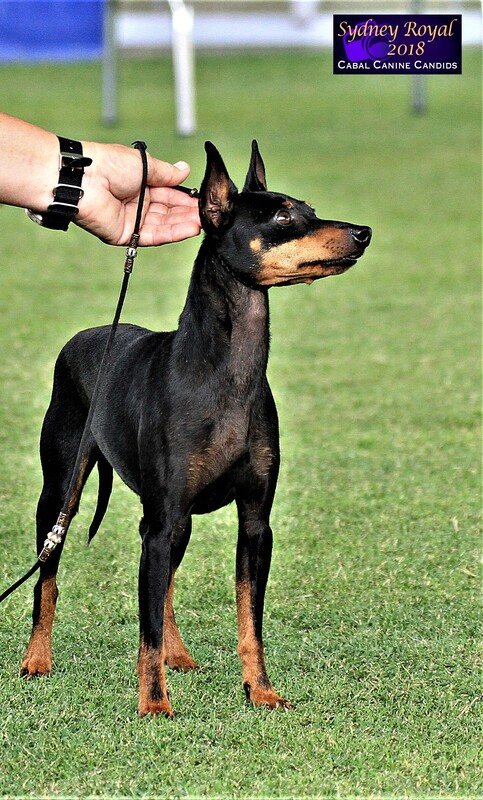 Tilly is a very special girl that we were fortunate to obtain from John and Sandra wills of Sasndah kennels.Tilly has only been lightly shown but is already a multiple class in group winner and dam of our current beautiful litter
​ 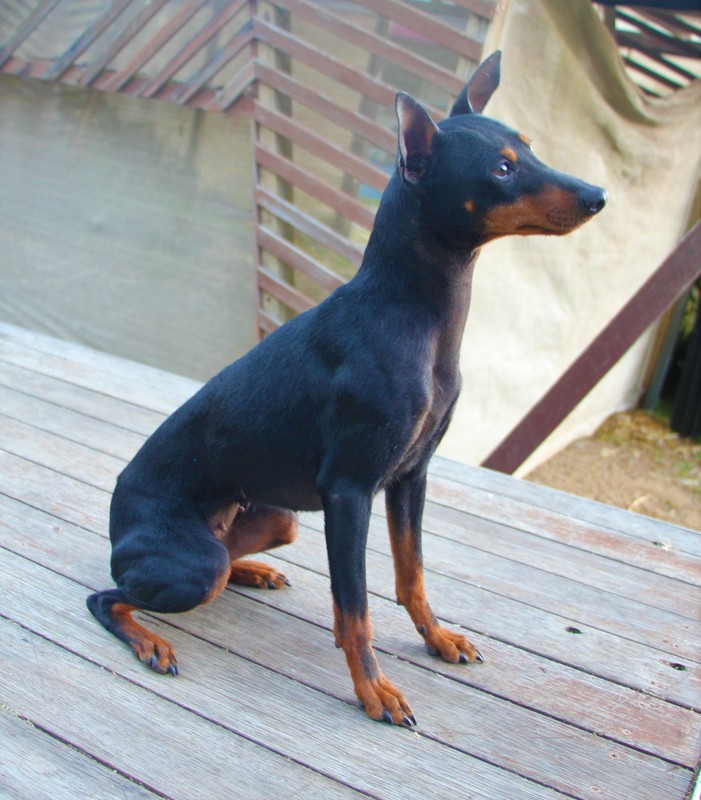 Dixie was a multi class in group winner including Puppy in Group Toowoomba Royal under  an international judge,sadly deceased 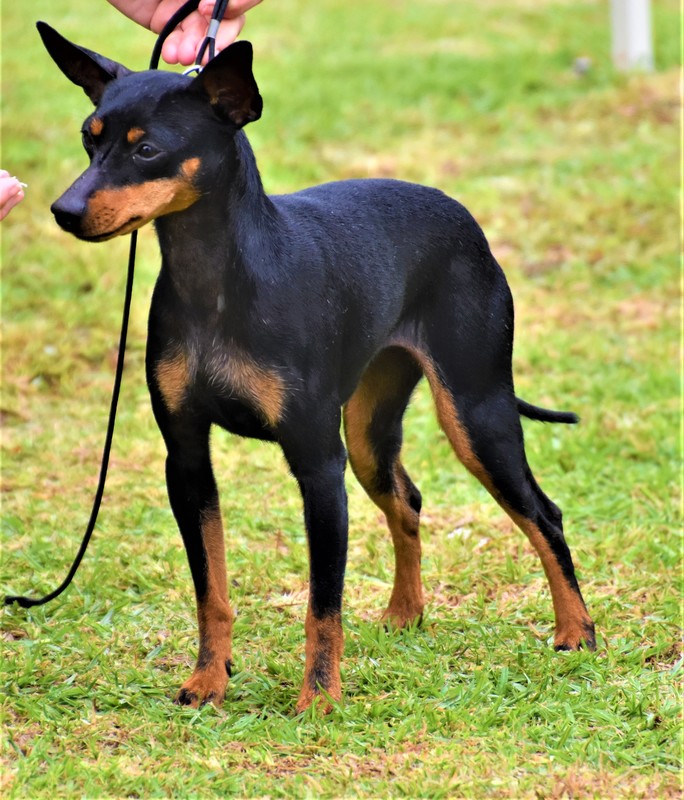 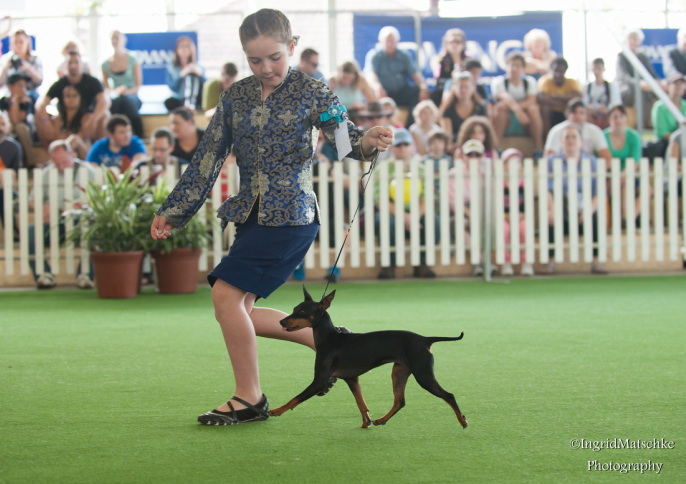 This beautiful young bitch has had a very successful career starting from winning Runner up Best of Breed at Brisbane Royal at only 6 1/2 months.Since then she has one Runner up in Group,Best in Group and Runner up in Group from her only 2 open outings in 2014 qualifying her for open Group 1 Dog of the Year.
She has won many Class in Groups,Best of Breeds and Puppy sweepstakes wins.
Our beautiful girl is sadly deceased 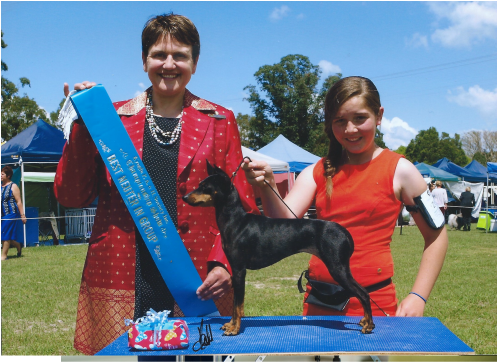 Now living in her current wonderful retirement home Nelly was a Multiple Class in Group winner .She is out of Sasndash Black Jewel by Antrimlodge Calligula.
Since re entering the ring as a  neuter Nelly has had a stunning career including Neuter in show and Numerous Neuter in groups from very limited outings. 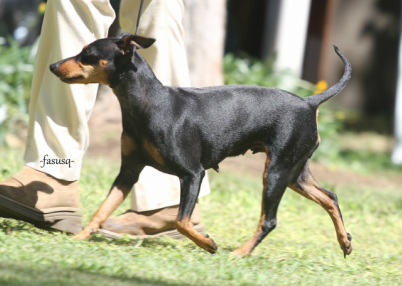 Aust Ch Candlflame Tuxedo x Sasndash Princess
Kasey is from our foundation English Toy Terrier ,Sasndash Princess who introduced us to this delightful breed by our sadly deceased Australian Champion Candlflame Tuxedo.
Kasey is a real showgirl who loves the showring and always tries her best.
She was Reserve Challenge Bitch Brisbane Royal 2012 and has always been an excellent Junior handler dog.
Kasey 's progeny  excelled in the showring and she consistently produced outstanding progeny including Jackie Chan,Eminem,Donatello and the very successful duo Wannabe Famous and Wannabe a Star who is shown by Mark Cappell.
They have many Class in Group wins and also  Best in Group wins and Multi Runner up in Group. Sadly deceased February 2016 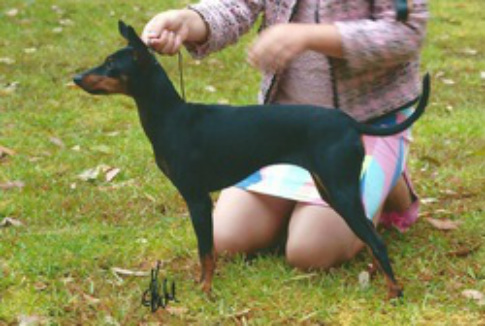 Neverland County Antrim x Sasndash Black Opal
June was born on 11th April 2012 and was part of a lovely first litter of 3 bitches and 2 dogs out of Sasndash Black Opal
Her sister.,Magic Moment was Best Baby Puppy of Breed Brisbane and Melbourne Royal 2012 and a Class in Group winner.
June has had limited outings in 2012 for Baby Puppy of breed wins and a number of Resrve Best of Breed wins to Jewel.
She will continue her show career in 2013.

JUNE HAS GONE TO AN OUTSTANDING NEW HOME TO TRAIN WITH JENNY FOR RALLY O.
She has been extremely successful and has multiple Rally o titles. 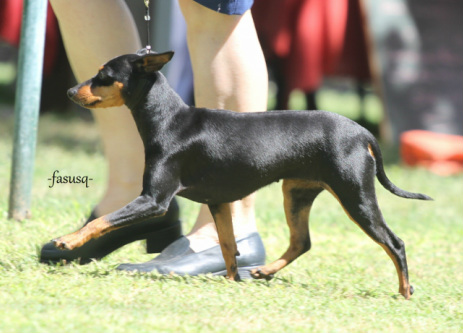 Aust Ch Sasndash Black Max x Aust Ch Sasndash Topaz
Pearl is a lovely bitch with a very sweet temperament aka Sweet Pea.
She  was Reserve Challenge Bitch 2011 at Brisbane Royal.She has had a number of Best of Breed wins although she was generally Runner up to her stablemate Jewel.
Dam of the very successful Ch Antrimlodge Magic Moment shown by Ronda Allen who was a multiple class in group winner and twice  best of Breed at Brisbane royal
​We are looking forward to showing 2 of Pearl's progeny from her May 2016 litter ,a boy Antrimlodge Diamond Jim to be shown in partnership with Rachel and also a girl Antrimlodge Diamonds n'Pearlz
​